Fermentation is a process involving microorganisms, particularly yeast types. Enzymes required to facilitate this process may vary from those involved in decomposition. It is a metabolic process that converts sugar to acids, gases, or alcohol. It occurs in yeast and bacteria, and also in oxygen-starved muscle cells, as in the case of lactic acid fermentation.

Decomposition is a term that relates to ecology. It is the microbial digestion and destruction of dead material that is consumed by the bacterial process. This putrefaction, also known as decomposition is very different from lactic acid fermentation.

Both processes can produce some unique smells from the toxic compounds produced during putrefaction. During decomposition, small organisms decompose in order to get their required energy for growth and development.

Fermentation happens through autolysis and starts from a lactic acid enzyme in the spine of the fish. Together with bacteria, pungent-smelling acids are formed, such as propionic acid, butyric acid, and acetic acid.

Hydrogen sulfide is also produced. The salt raises the brine's osmotic pressure above the zone where bacteria responsible for rotting can thrive and prevents decomposition of proteins into oligopeptides and amino acids.

Instead, the osmotic conditions enable Haloanaerobium bacteria to thrive and decompose the fish glycogen into organic acids, making it sour. It plays an essential role in many parts of the world for the production of traditional fish products. The fermentation chemical process begins with the normal post mortem processes in the fish, the formation of lactic acid due to anaerobic situation in the muscle tissue, continued by autolysis of proteins and lipids, followed by the establishment of a fermentative microbial flora; many autolytic enzymes are found in the muscle tissue; another important source of autocatalytic enzymes is the pyloric ceca in the gut; together with bacteria, pungent-smelling acids are formed in the fish such as propionic acid, butyric acid, and acetic acid. Hydrogen sulfide is also produced. The salt increases the brine's osmotic pressure above the zone where bacteria responsible for rotting can thrive and prevents decomposition of fish proteins into oligopeptides and amino acids.

Fermented fish is an old staple food in European cuisines; for instance, the ancient Greeks and Romans made a famous sauce from fermented fish called garum. Fermentation and drying food have been a necessary way of preserving food for hundreds of years. In northern Europe, only a few traditional fermented fish products are still produced.

This production relies both on naturally occurring enzymes as well as bacteria. In Southeast Asia, fermented fish products have a long history, and they are of great nutritional importance. Surströmming typically contains 11.8% protein, 8.8% salt, and 3.8% fat.

There are signs of surströmming being produced as early as the 1300, but the method seems to have been commonly used about a couple of hundred years later due to a shortage in salt. Salt is used to produce surströmming but in far lesser quantities than those used in the preparation of regular salted herring.

The occurrence of rancid and putrid aroma was a much more natural part of the daily food, which can explain the occurrence of a number of dried and fermented fish products in the Nordic countries. There is also a good reason to believe that the general sensory acceptance of aroma and taste was quite different in former times; many people found it hard to accept salt during the Middle Ages. 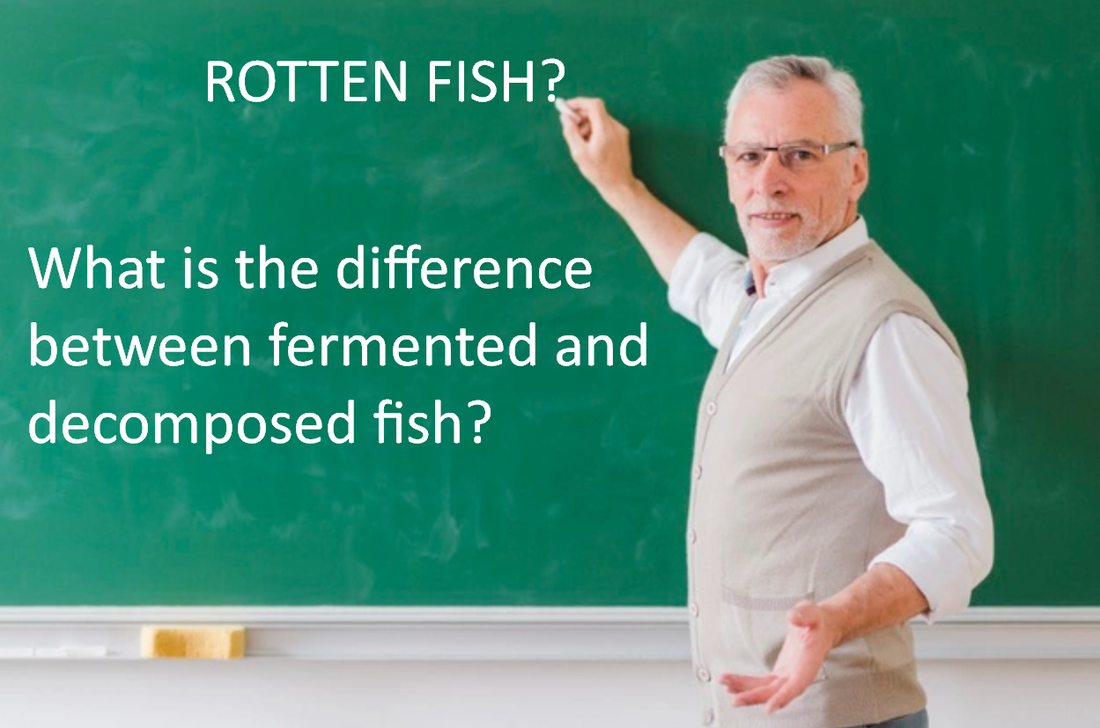