WHY DO WE EAT SURSTRÖMMING?

It is a purely joyful thing for most of the Swedes, while some might find it disturbing.
​Eating surströmming in Sweden is a social activity.

Crazy Swedes?
There is nothing wrong with the people who eat surströmming. As with any food culture, context is the key. You must understand that Northern Swedish culture has a history of fishing, hunting, and storing food for the long winters. Fermenting of fish is an old way of preserving fish.

​Its consumption and production spiked when salt was not readily available, but fermentation long precedes those times. To many Swedes, surströmming is an important festival, just like Christmas, or a ceremonial event with historical food elements that have been passed on from one generation to another.

Eating surströmming would surely be a good experience for anyone who enjoys the taste of aged blue cheese. Enthusiasts are carried away by its rich umami flavor and insist that the taste is far better than the odor. 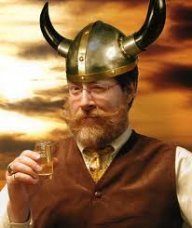