Surströmming is famous for its strong smell. It is the one quality that has really made it distinct and the reason why so many people would like to at least try it in their lifetime. The unique smell is attributed to autolysis in the fermentation, when the enzymes and bacteria create various acids. Some of those acids include propionic acid, butyric acid and acetic acid. The real culprit however is hydrogen sulfide which is normally associated with the pungent smell of bad eggs.

For these reasons, surströmming is usually opened outside. Most people prefer eating it outside because when the can is opened, surströmming tends to release a powerful and sometimes overwhelming odour.

Traditionally in Sweden people eat ripe surstromming with paper-thin hard bread and boiled potatoes, usually an almond-shaped variety that comes from the north. It has a sharp, cutting taste. Sometimes, they drink milk with it, but beer and aquavit are also very popular and often the preferred accompaniment to the dish. Because Swedes are used to the scent, they happily eat it without even thinking about its smell. There are some people who would rather rinse it in purifying soda water before consumption. 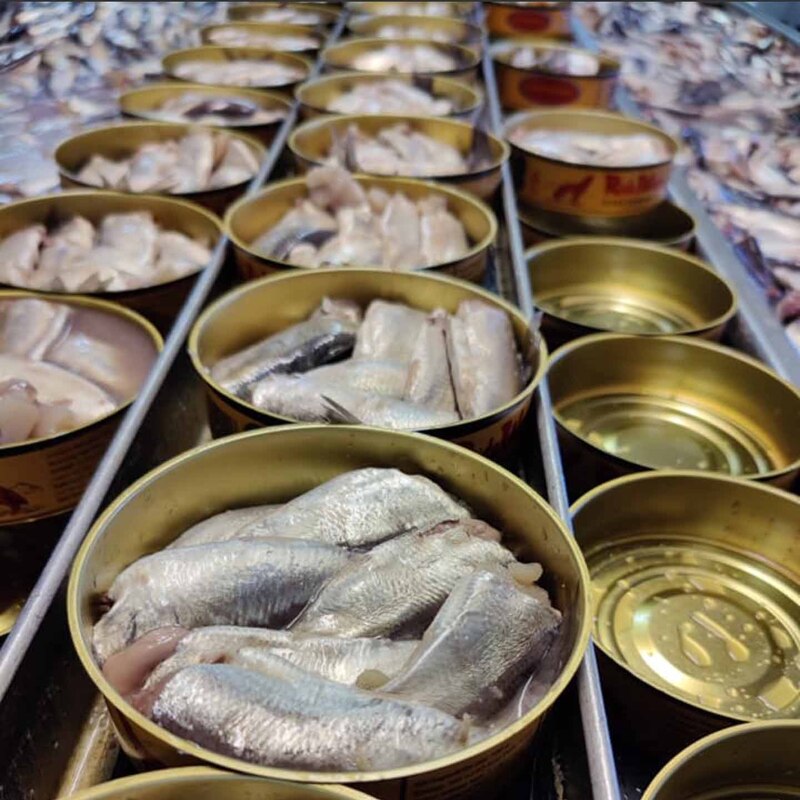