ALL YOU NEED TO KNOW ABOUT SURSTRÖMMING

Surströmming is the Swedish name for soured herring. It essentially refers to fermented Baltic Sea Herring cuisine originating from the north of Sweden that is typically sold in tinned cans.

The name actually originates from the combination of sur (in English: sour or acidic), which can be related to the lactic acid formation, and strömming, which is the local name for Baltic herring caught in the northern regions of the Baltic Sea.

​The process may have been developed in order to keep relatively large catches, for as long as possible, with as little salt as possible.

Surströmming is thought to have probably originated when proper brining of fish was considerably more expensive due to the cost of salt. This meant that fish was thus kept in barrels with just adequate salt to prevent the fish from completely rotting.

However, salt tolerant bacteria, such as the Haloanaerobium species, were able to grow and ferment the fish, mainly by decomposing the fish glycogen into organic.

The herring is normally caught during the spring months when it is in prime condition and just about to spawn. Typically it is caught between the fishing months of May and June.

Many processors tend to preserve the fish in brine before preparing it for storage by cleaning it. They also generally stack it in barrels, trundling it out into the summer sun and then leaving it there for a day or so to begin the fermenting process. Putting them into strong brine for about 24 hours draws out the blood, and then they are normally ready for the heads to be removed and then gutted and stored in optimal brine solution. An inch or two of space is left at the top of each barrel so that any gas formed during the fermentation can accumulate without causing an explosion.

The herring are then fermented in barrels in brine for one or two months. After that the product is then canned, but not pasteurized or sterilized. This means that the fermentation process continues in the can, which, after approximately a period of six months, makes the cans pressurize and bulge.

Before the new canning methods we use today, surströmming was sold in wooden barrels and was not available to the wider global market but now you can order right from the source and enjoy it where you are in the world.
​

WHY SURSTRÖMMING IS SUCH A SURPRISINGLY SPECTACULAR DELICACY

​In the northern part of Sweden, surströmming is a delicacy and the surströmming season is celebrated with parties where local cuisine aficionados and food lovers gather in gardens to taste the treats.

Some people may find this tradition of eating fermented fish unfamiliar but it is not really that new. The ancient Greeks and Romans are known to have made a famous sauce from fermented fish. Worcestershire Sauce is another popular and widely used fermented fish ingredient.

The fermentation of the fish depends on a lactic acid enzyme in the spine that is activated if the conditions are right. The low temperature in Northern Sweden is one of the essential factors which make the final product such a delight.

​Surströmming is excellent for a picnic outdoors and can be eaten with soft or crispy bread. Almond potatoes and diced red onion, chives, tomato and chopped dill are some of the popular topping that usually accompany the fishy dish. 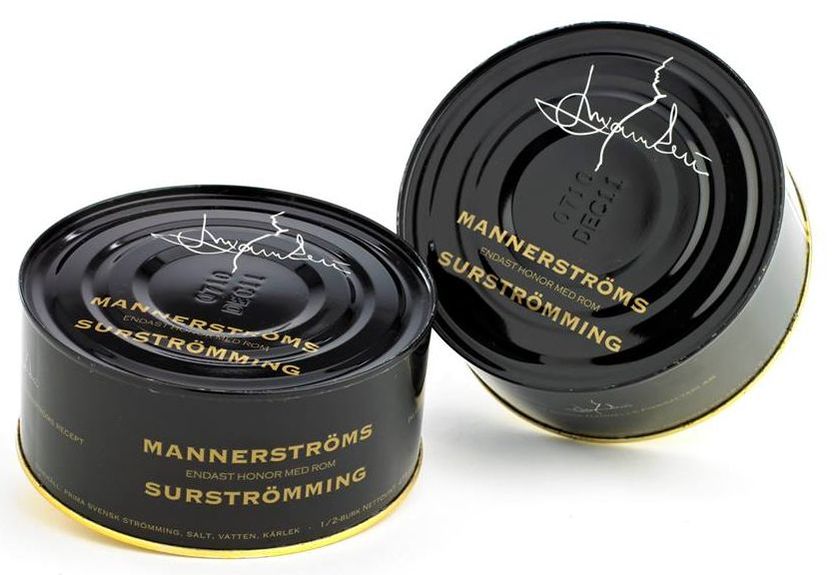